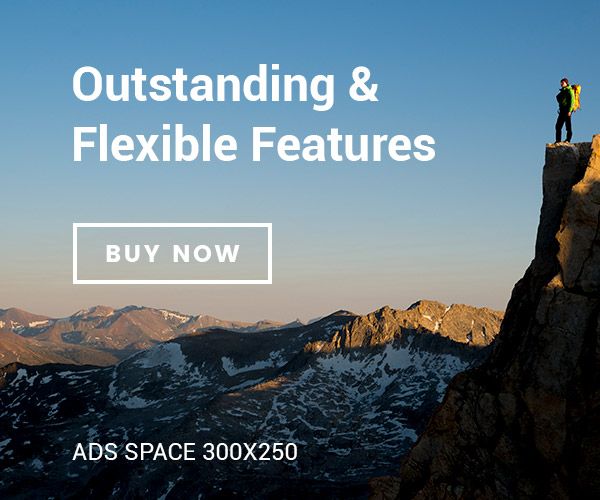 I am still wondering how robustly fortified the fence of Aso Rock’s cabalism (the one the President’s wife, Mrs. Aisha Buhari had frustratingly lamented about the other day and got chased back to the kitchen, the sitting room and the other room) hedged around President Muhammadu Buhari is, that even his Minister of State for Petroleum, Dr. Ibe Kachikwu could not access the President (who ornamentally doubles as Nigeria’s Petroleum Minister de jure) ever since his (the President’s) return from London after about 104 days of ‘medical absence’.
It is even more disturbing and tears-inducing to note that the ‘junior’ minister has just got an appointment to meet his ‘senior’ colleague and President this Friday, October 6, 2017 at 11 a.m., few days after his letter dated (SINCE) August 30, 2017, alleging a whooping $25 Billion (N9 Trillion) financial impropriety in the Nigerian National Petroleum Corporation (NNPC) and requesting a meeting appointment, embarrassingly sneaked out and got virally spiralled on multiple media outlets.

Wait a minute! You mean even when President Buhari’s Federal Government, largely perceived to be sitting tight on the SFGate (Grass-cutting Contract Theft), the Lagos Estate Raid Multi-billion Naira Theft, the Gen. Buratai Housing Scandal, the Police IG Scandal and several other ‘in-house’ corruption allegations of uncommon magnitude, another humongous case is about to be swept under the carpet, in broad day light? A case of $25 Billion (N9 Trillion)? Mbanu! This could spell doom, a case of the last straw that breaks the camel’s back! And this seems a common concern among Nigeria’s citizens and denizens.
Personally, I believe President Buhari had (and still has) some genuine intention to tackle one of Nigeria’s age-long, hydra-headed problems – corruption. But the dramas that play out daily tend to suggest such intentions were largely propagandized and merchandized by some members of the moneyed oligarchy for two reasons. 1. Ride on the back of anti-corruption to displace the then incumbent government and ascend the throne of power. 2. Perpetuate the anti-corruption pseudo fight, mainly to sustain the throne of power by crushing opposing politicians, parties, civil organizations, institutions and every dissenting voice. So far, these seem to have worked.

The rules of engagement for fighting corruption seem to be different depending on who you are – an insider or an outsider. If you’re an outsider (and especially share some cord of affinity and consanguinity with ONLY the immediate past Federal Government or are perceived to be a critic of this Federal Government), your case is simple. You are arrested in a commando style either by the EFCC, the DSS, the Police, or even the Military (they sometimes don’t care who does the job, provided you are hacked down before it is too late), slammed ‘ex-facie curie’ with corruption charges and prosecuted fiercely on the pages of newspapers, even before the case is heard in court. Here, the accused person is presumed guilty until proven innocent.
Conversely, if you are an insider, the Government, for the most part, seems to look the other way, the volume of allegation, petition and public outcry notwithstanding. Where the noise becomes too loud so as to disturb the strategic sleep of Government, an executive committee is set up to either declare you spotless or to submit a report that may never be acted upon. Here, the accused is considered innocent and may never be proven guilty. This is certainly not how to fight corruption. My fattest worry about this skewed methodology is the institutionalization of negative precedent.
But Nigerians are becoming wiser. That’s why they are now asking for the probe of the immediate past Secretary to the Federal Government, a man allegedly accused of taking a multi-billion naira bribe from MTN as a decoy to shielding the telecommunications giant from government fines and for corruptly awarding a huge value grass cutting contract at the Internally Displaced Persons’ camp to his own company. That’s why they are now asking that the President lives up to his anti-corruption campaign by squarely tackling all possible cases of corruption and stop being selective and vindictive.
For instance, last week’s arrest of Governor Ayo Fayose’s Finance Commissioner and Accountant General (over yet-to-be-determined corruption allegations) in Abuja while attending Fayose’s declaration of interest to run for President in 2019, was regarded more as another fight to trim the ‘belligerent’ Fayose to seize than as a fight against corruption. The many attacks on Ekiti State’s incumbent Gov. Fayose, Fani Kayode, Uche Secondus and their many ‘troublesome’ counterparts are also viewed via such spectrum. It is now commonplace to have politicians accused of corruption hastily switch-camp to Nigeria’s ruling party and have their ‘sins’ forgiven instantaneously.
I am still wondering why Rivers State Government would since submit a very weighty yet detailed Executive Petition to the President alleging that the huge unaccounted sum scooped from the Lagos House raid belong(s)ed to Rivers State’ treasury and is part of the money allegedly looted by erstwhile Gov. Rotimi Amaechi; yet the President has since maintained calculated silence. If you ask me, this allegation against Amaechi may not be true after all. But does it not deserve to be investigated? Methinks it does.
There are too many occasions of sweeping allegations of in-house corruption under the carpet under our President’s very nose. In some cases, it is even those that struggle to uncarpet such allegations that get drown in its trail of turbulence. Remember Hon. Jibril and the 2016 budget padding saga? After all attempts to politically settle the matter as an in-house party affair went sour, the man was chased outside the House and remains an outsider till date. Nigerians would also not forget that the corruption prosecution against still serving Senate President Bukola Saraki began after he was elected the helmsman of Nigeria’s Legislature in defiance to ‘in-house’ interests and ended when he eventually succumbed and agreed to politically settle some of such interests and play low on the Legislature’s oversight scrutiny of the Executive. Nigerians may quickly forgive these things, but they would hardly forget them.
Verily verily, I say unto you; if President Muhammadu Buhari again defies the voice of reasoning and the public outcry and fail to probe this latest N9 TRILLION scandal levelled against the Group General Managing Director of the Nigerian National Petroleum Corporation (NNPC), he may finally go down low in history as one who came when the ovation was high with no serious intention to fight corruption, but to fight opposition and completely annihilate every dissenting voice (be it political, tribal, religious and otherwise) on the pretext of a tough fight against corruption and insurrection.
Dear President, it’s time you proved to Nigerians that you are not one President of two Nigerias, where different rules apply for different folks and some folks’ ‘crimes’ are treated with insecticide while others are perfumed with deodorant. This you need to exhibit in your further allocation of opportunities, appointments, projects, developments. And in your fight against insecurity and corruption.

Umoh Joshua is a Former Broadcast Journalist/Presenter at AKBC, Radio Services, and presently working as a Media Relations Support Personnel at A Reputable IOC in AKS

Australians Give Up 51,000 Illegal Guns As Govt Stands By Tough Laws