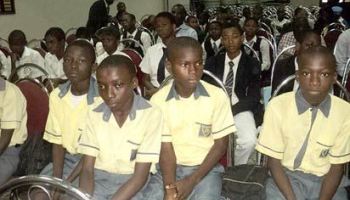 By Oghenefego Obaebor
Contrary to what many parents think about qualities of a good school, Mrs Ronkeposh Adeniyi, the writer of the popular book, Right Kid 101 and Director of Le Poshe School, Parkview, Ikoyi, has said that there is no good school anywhere, adding that the only good school is that school that works for parents.
When asked to state the quality of a good school parents should look for, she reiterated: “I tell people that there is no good school. The good school is that school that works for each parent.”
According to her, it’s not a big school with popular name that portrays a good school, adding that a good school for some people’s children might not be for your child. She urged parents to first study and know their children and the school before making the choice of school for them.
She charged parents to do a personality assessment of their children. She urged parents to ask questions from people about a school before choosing the school. “The right school is that school that is in line with your children’s interest,” she said.
Adeniyi who advised parents to get informed opinion of the school, maintained also that parents should write everything down about their children and compare with the prospective school. “The closest school to your house might not be the right school for your child,” she said.
Describing the formative years of a child as crucial, Adeniyi noted that if the foundation was right, everything else about the education of the child would fall in place. While explaining that her book, Right Kid 101, addressed some of those fundamentals,noted that because many parents have no time for their children, the book empowers children to take charge of their lives.
“While many children fall into wrong hands because there is nobody to guide them, the book serves as a guide,” she said, pointing out that countries that are doing well in education have invested heavily in education at the beginning. “Parents have to plan for the education of their children and how to raise them.”
Vanguard