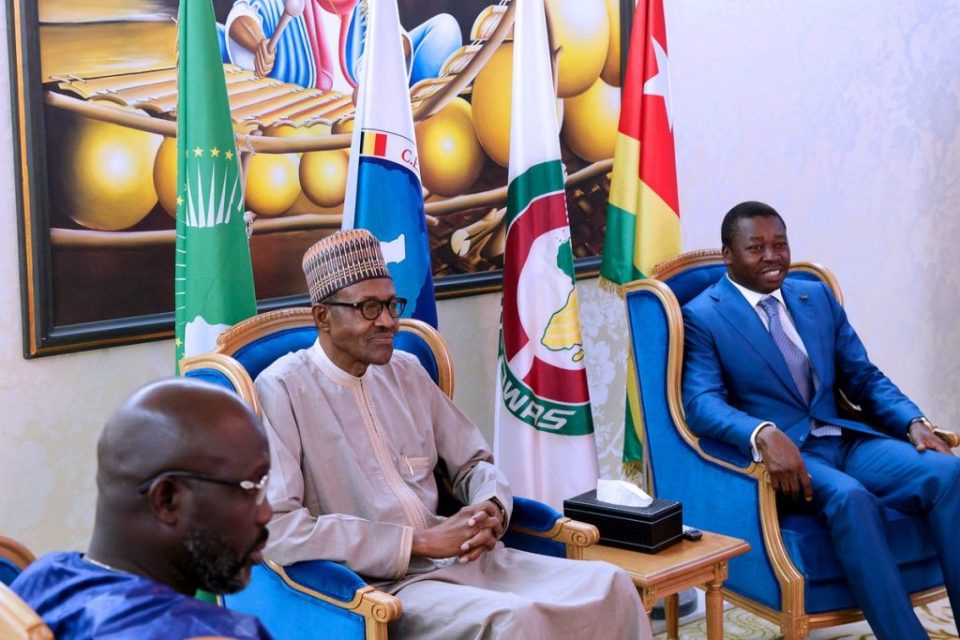 Olalekan Adetayo, Abuja
President Muhammadu Buhari says the gale of defection currently being witnessed in the ruling All Progressives Congress is not bothering him.
According to a statement on Monday by his Senior Special Assistant on Media and Publicity, Garba Shehu, the President spoke on Sunday night while responding to a question during an interactive session he had with the Nigerian community in Togo at the Nigerian Embassy, Lome.
Buhari was quoted as saying that he was not bothered by the defections because most Nigerians appreciate his administration’s performance.
“I am not bothered about the defections. Ordinary Nigerians have developed confidence in us and are defending us. I assure you, majority of Nigerians back home are appreciative of our efforts,” the President was quoted as saying.
Expressing delight in seeing the Nigerians who had travelled from the five regions of Togo to welcome him in Lome, Buhari said he was pleased to hear them commend the performance of his administration.
He assured them that his administration had remained steadfast in keeping to its three campaign promises of providing security, improving the economy and fighting corruption.
The President noted that if past governments had utilised even 25 per cent of the huge oil revenue available to them, Nigerians would not be complaining today.
He cited the $16bn reportedly spent on electricity and yet Nigerians could not see the power.
Restating his administration’s commitment to providing critical infrastructure, providing loans to farmers thereby cutting rice importation by more than 90 per cent, Buhari said all recovered illegally acquired assets would now be sold and the money paid into the treasury in the administration’s renewed anti-graft campaign.
“I assure you that we are making progress in security as some displaced farmers are returning to their farms. We will continue to work very hard for our dear country,” he said.
In his welcome address, the Nigerian Ambassador to Togo, Joseph Iji, said the close to two million Nigerians in Togo were law-abiding and peaceful.
Iji drew attention to the inability of the Nigerian Mission in Lome to issue Nigerian passports, making applicants to go to Ghana or Benin Republic.