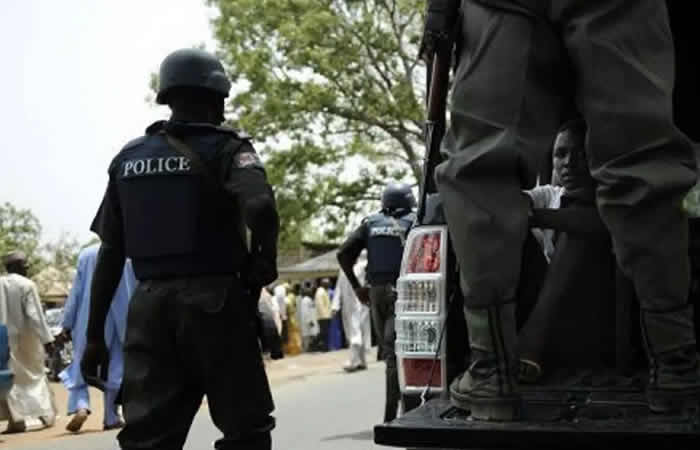 Peter Dada, Akure
Residents of Ilara Mokin, in the Ifedore Local Government Area of Ondo State reportedly went haywire on Sunday following the death of two members of the community who were crushed to death by a commercial bus.
An eyewitness said the deceased, who are yet-to-be identified, were on a motorcycle on the Ilesa-Akure Expressway when the 18-passenger commercial bus crushed them to death.
The eyewitness said the accident caused a protest by the youths of the community who allegedly set the bus ablaze and attacked the security agents in the area.
It was gathered that the Divisional Police Officer in the town, Mr Wole Ogodo, was attacked and beaten up while trying to calm the angry protesters.
The eyewitness said, “The two men who were indigenes of the town were crushed to death by the bus that was travelling to Lagos. This infuriated the people of the town because they believed that the driver of the bus was reckless.
“They immediately organised a protest and burnt down the bus and blocked the highway, they also attacked policemen as they tried to stop them. The DPO was beaten up.”
It was learnt that there was a gridlock on the expressway following the protests and it reportedly took the policemen and the men of the Ondo State Sector Command of the Federal Road Safety Corps several hours to clear the road.
Many motorists were stranded while the protested lasted, but some took alternative routes to their various destinations.
The state Police Public Relations Officer, Femi Joseph, who confirmed the incident, alleged that the protesters took the laws into their own hands, adding that policemen had restore normalcy to the expressway.
He said, “ There was a fatal accident which claimed two lives, but the people of the community were unruly as they burnt down the vehicle and as the DPO was trying to prevent them from burning the vehicle, they overpowered him and seriously assaulted him.
“However, we have begun our investigation and we will still arrest those that set the bus ablaze and those that beat the DPO because they have committed another offence.”
Punch

Blatant Trade Bullying Will Only Backfire