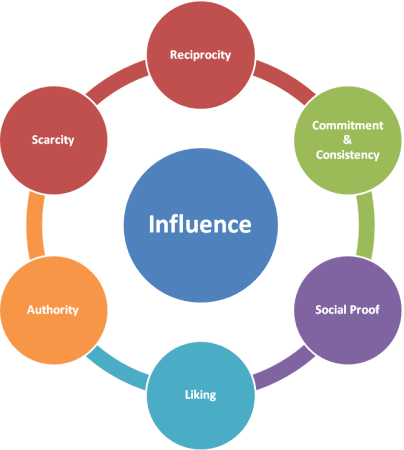 Every business has a vision and a mission statement on how to achieve the vision. But what is truer is that every business or organization has a set of core objectives – which most often bothers on sales and profitability.

To influence people to patronize a product or service, and eventually reach a point of sales, is the dream of every business organization. There are many ways to do it. In digital marketing, conversion optimization is a principal technique to achieve a measurable and sustainable result. It is measurement, based on the logic of conversation rate optimization (CRO).

To optimize your conversion you need more than the technical abilities to draw huge traffic. You need the skill to convert your optimization. You sure need to understand consumer behaviour. How does the consumer think; what motivates his thinking and what triggers those thoughts to action – to make a purchase decision, or download that eBook – that is your conversion goal. To understand human behaviour is not as simple as it sounds. Not even the emergence of technology has helped much in understanding man. As a social being man is difficult to understand, yet science, especially psychology, has put in much effort to understand how man perceives things, and what motivates his action. We will discuss three core psychological principles that help digital marketing professionals to optimize their conversion efforts.

We will look at Robert Cialdini’s principles of persuasion, Robert Fogg’s behaviour model, and neuromarketing principles, especially as propounded by Robert Ornstein. These principles form a major part of the digital psychology and persuasion modules taught at the CXL Institute.

According to Cialdini, the human brain is wired to return favours, and pay back to those who have shown concern in their interest – something like: “to treat others the way they have treated us.” For   psychology, human beings hate to feel indebted to other people. He calls this the principle of Reciprocity. To aid conversion optimization, the digital marketing professional could offer free products and services to prospective consumers or visitors to his website. These could be free tools, free downloads, and coupons, that benefit the consumer, with the hope to subsequently offer them an opportunity to patronize his goods or services. Following this principle, it is believed that the consumer, having received free products from the marketer, will feel obliged to reward him or return his favours, when the marketer requests them to act on a conversion decision.

He also talks about people’s psychology in terms of Commitment and Consistency. This principle posits that human beings are predisposed to their human nature, which obligates them to be consistent with their values, such that, when they publicly commit to a cause, they do not want to be perceived as reneging on their pronouncement or pledge. People love to align their commitment or values to their self-image. For instance, in the instance of filling an online form, the digital marketer applies this principle by designing the form in bits, and ensures the form starts with familiar parts, that enables the customer to easily respond to it. An example is to ask “What is your name?” What is your phone number and email address? – and such simple details. The moment the customer gets committed to filling the first part, this principle affirms that, he will be obligated psychologically to complete the form. This is a technique that can be adopted for conversion optimization.

Social Proof, defined as “people doing what they observed others are doing” is another psychological principle that could help marketers to optimize their conversions. This principle applies more to people who are not sure of the decision to take. To apply this principle, a digital marketer ensures the use of testimonials on his website. Show consumers how many people have already signed into a particular programme, or have patronize a particular product or service. Here, numbers and the quality of people who patronize the product are very important. Less impressive numbers or personality of consumers can backfire and set a negative perception of the product by the consumer.

Generally, people love to obey persons in Authority. The authority principle posits that people who are in positions of social standing, as leaders or professionals of high repute, command the patronage of consumers who want to be associated with success. This makes the use of celebrities (media, movie, football, music, etc.) of all kinds an acceptable marketing persuasion technique. For this to be successful, the celebrity must be acceptable to the target audience, and a good fit to the brand positioning. This also applies to the principle of Liking. People are easily persuaded by the people they like. Psychologically, most people would want to share in the values of people they like, such that, they would like to be associated with such people; and are most likely to obey them. Again, as in the case of social proof, brands try to use personalities that command the liking of a certain person to promote their products and services. This, very much applies to politics. During elections, political parties use party members who are popular, and well liked in specific constituencies, to address the people in those constituencies there during election campaigns.

Scarcity is another technique. This is the perception of something perceived as being in short supply. When someone perceives that something is in short supply, there is a tendency to want to quickly patronize it, before it become unavailable– especially when the scarcity is real or appears real – such as in the case of hotel room booking or flight ticket booking – “Only two rooms left” or “just only two tickets with this price”. The Unity principle implies identifying with your customer – that is sharing similar values ad feeling. This principle is also popular in politics – where the political candidate tries to give the people the impression that he is at the same level with them.

For instance, in the 2015 general elections in Nigeria, (see pix above), a particular candidate contesting for the governorship position of a state was noticed moving around the city on bike (popularly called Okada, and was patronized by people of the low income bracket) with stops from one roadside “Akara” (bean cake) seller or the other, with lots of his followers hailing him as the governor of the people. He eventually won the election and never repeated the “Okada” riding feat again.

Fogg’s behaviour model states that desired behaviour happens when these three things are present: motivation, ability and trigger. Motivation is like – “I want to do it”, ability is “I can do it,” and trigger is like “click here”, or something like a button that compels such a “call to action.” The combination of these three elements helps a marketer to achieve conversion optimization.  For instance, you want visitors to fill a lengthy shipping form on your site, the more pages of the form for the visitors to fill, the less ability they have to fill the form. So, before you ask visitors to fill such a form, be sure you invest in increasing their ability to complete the form – by ensuring that you store their addresses and basic information already to make filling the form easy for them. For example, a student who wants to take the digital psychology and persuasion Mini-degree course has by his application indicated motivation. But, if he lacks the resources to pay the fee, it then means that, although he has the motivation, he however lacks ability. To offer the student a scholarship is to invest in her ability, hence ability is more important than motivation. However, trigger is what prompts the consumer to action. Without taking an action both motivation and ability will be a waste. Triggers come in form of buttons, call for action etc. Triggers help people to do what they already want to do. To achieve a good trigger a digital marker has to understand what the right motivations are – sensation, anticipation and belonging.

Neuromarketing principle posit that the brain is divided into three parts – old brain, middle brain and new brain. It says that, like a Reptilian the old brain is the decision making brain and it controls the new brain which is for rational thinking, and the middle brain, which is emotional. According to Robert Ornstein, a famous neuroscientist, the old brain is selfish and is concerned with survival and self-preservation. So a digital marketing professional should deliver her messages in a way that will demonstrate alignment with the interest of the customer based on the old brain understanding. This will put the marketer in a position to achieve conversion optimization. Some other principles to be considered are contrast. Without contrast the old brain can hardly take a decision.” So the marketer employs contrast such as “before/after, “to get the old brain to take decision. So position your product in a way that demonstrates to old brain the benefit of your product after he has purchased it. There is also other technique such as Tangible. The old brain prefers to scan tangible things to avoid extra time involved in thinking. For example, say “more money” instead of “maximizing ROI.” Then, there is the principle of First and Last. The old brain is also triggered by the change of state such that it attends to first and last messages, visual impressions, and emotional stimuli to reach the old brain.

Desmond Ekeh, is a Journalist, media and communication researcher, and a student of digital psychology and persuasion at the CXL Institute. He is also a PR Consultant based in Lagos, Nigeria.

What Do Recent Acquisitions Reveal About The Nigerian Market?