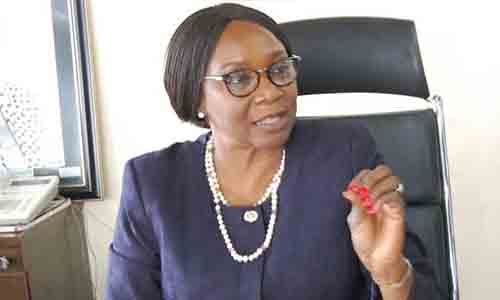 Prof. Folasade Ogunshola, has been elected as Unilag Acting Vice Chancellor, pending the recommendations of a visitation panel to the university.

The News Agency of Nigeria (NAN) reports that Ogunshola polled a total of 135 votes to defeat Prof. Ben Oghojafor, who had 31 votes.

Prof. Chioma Agomo, Chairman of the Emergency Senate Committee, declared Ogunshola the winner of the election.

She described the election as transparent.

Agomo, a former Dean, Faculty of Law, said that due process was observed in the election.

“The Unilag Senate followed due process all through the election, and Prof. Ogunshola emerged the winner.

“We will soon forward our recommendations to council,” Agomo said.

A total of 167 members of the Senate participated in the election.

One vote was void.

NAN reports that the crisis in Unilag following the removal of its Vice-Chancellor, Prof. Oluwatoyin Ogundipe, deepened on Friday with the Federal Government directing him and the Chairman of the university’s Governing Council, Dr Wale Babalakin (SAN), to step aside.

The government said they should step aside pending the recommendations of a special visitation panel set up by President Muhammadu Buhari on the crisis.

The government also directed the senate of the university to nominate an acting vice-chancellor from among its members for confirmation by the governing council. Reports (NAN)

Oil, Gas Industry Must Continue To Adapt In Order To Thrive – DPR