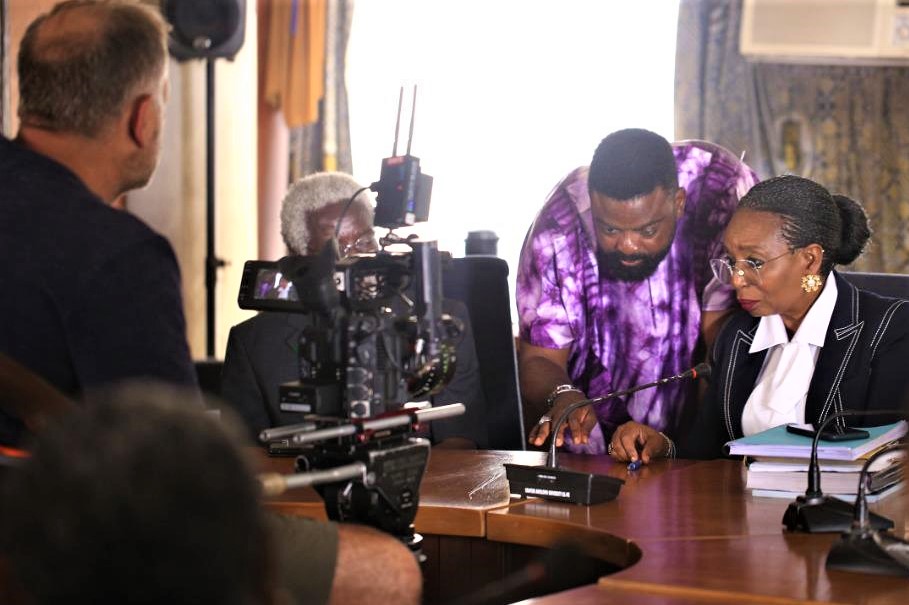 The movie titled “Citation” is a college drama about a female postgraduate student who has to find a way of dealing with sexual harassment from a lecturer. The film explores the social decadence in our educational sector, especially at a time when incidents of rape and domestic violence have been on the increase in our society.

In the movie, Mrs. Awosika plays the role of the university faculty dean (Ibukun Awosika) heading the senate hearing panel on alleged case of sexual molestation of  Moremi (Temi Otedola), a student, by Lucien (Jimmy-Jean Louis), the lecturer.

Awosika was unveiled as the surprise cast member in the film which already boasts an ensemble of A-list actors of diverse nationalities.

Speaking on why Awosika was cast in the movie, Film producer, Kunle Afolayan said that Awosika’s selection was inspired by a dream he had always had to feature the accomplished business executive in his movie.

Commenting on the new movie on the bank’s LinkedIn page, the leading financial institution wrote: “It’s not just a movie, it’s a message! It’s created with the goal of correcting one of the greatest ills affecting the educational system and indeed the entire societies around the world. Who’s better to be the surprise cast than the Chairman of First Bank, Dr. Ibukun Awosika, an entrepreneur, author and motivational speaker?

“For over 126 years, FirstBank has been at the forefront of nation building, giving voice to Nigerians, enabling Nigeria and Nigerians through resourceful partnerships to build the Nigerian creative industry value chain, the arts and entertainment inclusive.”

‘Over 50% Nigerian PR Agencies Record Below N5m As Revenues – Reports

Innoson As Bedrock For Nigeria’s Industrialisation